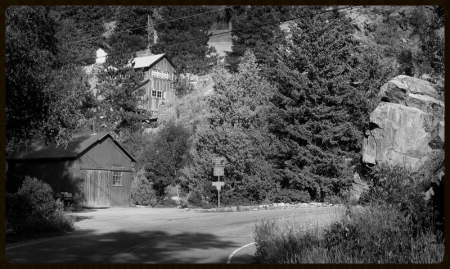 About the Institute, and about Historical Geography

The Colorado Institute of Historical Geography was borne of an understanding of the connectedness of the world. Its programs focus on local matters as expressions of broader and deeper dynamics in time and in space.

The broad sweep of time reveals patterns of birth, growth, and transition in the life of our towns, our organizations, and in our own personal family histories.

It is the mission of COIHG to explore these realms, document them at this particular moment in time, and share them with today's generations.

The career of Michael O'Neill has been focused on social applications of general systems theory. Working as an independent scholar, he has been a consultant to and staff member of a wide variety of organizations, communities, and governmental bodies. In his early career he was clinical director of a community mental health center and an elected member of a Board of Education.

He refined and enhanced his understanding of complex systems with a position in the corporate world, then returned to non-profit work in the planning department of world-renowned metropolitan government. His work with the Colorado Institute of Historical Geography is the culmination of a lifetime focus on understanding, cultivating, and enhancing Community, in all of its richness and all of its meanings.

A native of the San Francisco Bay Area, he devoted two decades of study and service to families and communities from a private office in the heartland of the United States. Since 1992 he has made his home amidst the national forests in the mountains of Colorado. His PhD was granted by the University of Utah in 1974. His studies in community have taken him far afield from his original work in social and clinical psychology.

Mr. O'Neill continues to support and subscribe to the ideals of Rotary International, though his choice to live in a remote location prevents active engagement in a local club. Married more than 50 years, he remains committed to nurturing and supporting the radical generosity of a progressive community-based church. He counts as among his greatest accomplishments his continuing friendships with the two generations of young people in his family.

By its very nature the field of geography is wide-ranging discipline, and specializing in historical applications serves to widen that perspective even further. Our work is generously supported by a constantly evolving variety of resources. We count among them librarians, geographers, city planners, lawyers, historical preservation specialists, historians, industrial archeologists, earth scientists, statisticians, and sociologists.

WHO KNOWS ONLY HIS OWN GENERATION REMAINS ALWAYS A CHILD.

by emphasizing our common interests